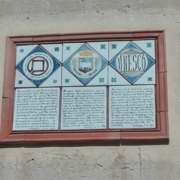 A few decades ago, investing in a cultural and creative enterprise was certainly the most visionary decision that could be taken. It was at the center of an ardent debate that contrasted the political world with the scientific world. The sector of the cultural industry was considered in a negative way: an industry that has neither real inputs nor as many tangible outputs, it is certainly an industry that does not produce. In reality, the fruit of human intellect, of its imagination and of its particular inspiration is really a production in the economic sense. It will be precisely the English political world, through the words of Tony Blair, then British Prime Minister, to recognize the economic value of the creative industry, attributing to it the ability to create wealth and work through the use of intellectual property. In addition to this recognition, another direct consequence of the first was born: the extraordinary creative and innovative scope inherent in the cultural sector enterprises to stimulate a virtuous spiral of growth in the economic and social fields. In Italy, at the end of 2007, the President of the Republic Giorgio Napolitano, in his speech at the end of the year, stated that “a strength of our ountry is the culture of creativity, which must make the potential of our businesses and of our work”. It is undeniable that creativity favors the growth of the economy and puts companies in a position of competitive advantage. Hence the exaltation of the economic and social significance of a new way of doing economy which, after more than a decade from these affirmations, manifests itself in all its truth: human value, people, their formation and the development of their knowledge, constitute the real added value of a company.

Our conclusion is based on the observation of the internal and managerial dynamics of a cultural / creative company. In fact, in this industrial context personal skills and technical knowledge are not enough. The conditio sine qua non which is the basis for the success and the innovative capacity of a cultural enterprise is inexorably the environment within which it operates, so as to encourage its creative vision and, at the same time, an economy that seriously wants to invest in it. It is a complex process that bases its very survival on a necessary and sufficient condition, identifiable with the coexistence and perfect collaboration of indispensable and irreplaceable assets as unique, such as ideas, abilities, preparation, expertise and talent , with technological innovation and culture. It is precisely culture that is the productive factor capable of triggering the entire process of cultural and creative production through which we can develop new products.

Furthermore, the analysis of a cultural enterprise must be examined for each type of activity that can potentially be delivered. If we observe it from an artistic production point of view, the creative potential is expressed in all its grandeur through the conception and realization of a quid never realized before, a unique and authentic product, the result of imagination, style and inspiration. The economic repercussions are its immediate consequence and close as in a perfect circle in which it is no longer possible to understand its beginning and its end, precisely because that innovation establishes an uninterrupted and dynamic cycle that finds its economic justification in the more than perfect allocation of unique intangible assets, including artistic inspiration, technological innovations and new economic scenarios, with the combination of human, social, institutional and cultural factors. It follows that creativity is not “only” the inspiration that underlies innovation, but is one of the main and indispensable factors that contribute to its development. In fact creative ideas are indispensable both in the initial phase and throughout its production process. The economic consistency of the project will be born from them, starting from its creation, up to the distribution of the new output (product, service and / or process) that maximizes the utility of the final consumer bringing the greatest benefit through his purchase. This virtuous process will produce long-term effects.

The European Union attaches great importance to the cultural sector and through Article 167 of the Treaty on the Functioning of the European Union (TFEU) sanctions its discipline, defining its principles and the current framework through substantive contents and decision-making procedures.

It is not a coincidence, in fact, that in the same preamble to the Treaty on European Union (TEU) is expressed the precise desire to be inspired by “the cultural, religious and humanist inheritance of Europe” through a concrete commitment to respect “its rich cultural and linguistic diversity, and shall ensure that Europe’s cultural heritage is safeguarded and enhanced. (Article 3 of the TEU). These inspiring principles allow the introduction of an important innovation in the decision-making procedures within the Council. In particular, decisions relating to cultural spheres (mainly with regard to the format and scope of funding programs) do not required to vote unanimously, as in the past, but are considered adopted through the expression of qualified majority voting. The ratio is to be found in the attempt to promote a complete development of the cultures of the Member States, while respecting individual national and regional differences, in order to enhance their common cultural heritage.

The protection of culture is also accepted in the Charter of Fundamental Rights of the European Union. In particular, article 13 states “the arts and scientific research are free” and article 22 states that “the Union respects cultural, religious and linguistic diversity”.

Therefore it is not risky to conclude that, for the European Union, the cultural sector is one of the privileged instruments capable of implementing the highest objectives of prosperity, solidarity, security and internationalization. The latter in particular cannot be carried out outside a process of recognition and contemporary protection of cultural diversity and intercultural dialogue. Culture, from the point of view of the Community legislator, is to be understood as a true accelerator of creativity and international relations.

The “Creative Europe” framework program dedicates € 1.46 billion to the cultural and creative sector for the period 2014 to 2020. It is structured in the Culture Sub-program and in the MEDIA Sub-Program and in a “cross-sectoral” section that acts through a guarantee fund designed for two different purposes: to facilitate access to credit for micro, small and medium-sized enterprises in the sector; to allow a more precise and equitable assessment of risks in financial intermediation.  This helps building  an inclusive and far-sighted entrepreneurial and financial ecosystem, which enhances all the enormous potential of the sector and, at the same time, reassures public and / or private investors of the reliability and economic capacity of the cultural and creative sector.

It should be noted that the amount of budget available to the cultural sector will be defined in this month of December. If on the one hand, rumors speak of an increase in the sum made available to the cultural and creative sector, bringing it to a doubling of that expected in the previous period. However, there are also many concerns about deep cuts in the sector, as feared by Sabine Verheyen, president of the EU CULT Commission.

The arguments put forward so far would remain sterile words if they were not supported, as they are, by numbers and statistics. In particular, according to the most recent Eurostat periodical publication, the cultural and creative sector as a driver of economic growth:

– contributes more than 2% to the European Gross Domestic Product;

– it is an important employment source with more than 8.7 million jobs to its credit, for a value equal to 3.8% of total employment. The confirmation of what has been stated comes from highly innovative companies, which possess an important economic potential and the possibility, through alternative and highly innovative financing channels (crowfunding, smart finance, business angels), to penetrate the market in a disruptive way generating other occupation, as well as stimulating foreign trade.

– is a dynamic and stimulating sector able to attract unique talents and “transilient” minds. A meltin ‘pop of diversity and uniqueness that stimulates, fascinates, attracts, innovates, creates, realizes, reproduces, embellishes, enchants, monetizes, teaches, elevates. A varied constellation of professionalism that ranges from the “creative, artistic and entertainment” arts, to “libraries, archives, museums and other cultural activities”, as well as from the sector of production and programming of audiovisual, radio, cinema, record activities, to sector of specialized design activities.

Welcome to a new era, that one in which doing business is a question of culture.