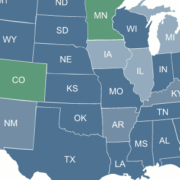 According to the United Nations Conference on Trade and Development (UNCTAD) World Investment Report 2019, around 5400 Special Economic Zones variously denominated are registered worldwide. Most of them are located in developing and transition countries, especially in Asia and the Far East.

As regards the SEZs existing in the economies of the developed countries, their main connotation consists in the presence of suspensions of a customs nature, that is to say, for example, in case of goods imported in the described areas , duties and VAT by destination and other customs duties till then suspended do not apply until they are released for free circulation. The largest number of this type of zone is into the United States land where they are denominated Foreign-Trade Zones (FTZ).
The further tax concessions that characterize them give to the FTZs a value that they would otherwise not have in terms of the global economy.
This circumstance can be observed in very few European Union countries, including Poland, Bulgaria, Lithuania and Latvia.
The FTZs are customs free zones, under the customs supervision of the United States, considered (as what happens in similar situations in the European Union), through a fictio iuris set outside the U.S. customs territory for the purposes of the duty.
These areas have been established to encouraging national companies’s use compared to foreign ones for the production and distribution phases of the products. The benefits planned in the FTZ consist of relief from tariffs and other customs administrative charges which, otherwise, would penalize the competitiveness of US companies compared to foreign ones. It is possible that each Free Trade Zone for its part will establish Subzones: currently around 500 of them are registered.
As required by current legislation for SEZs in Italy, the FTZs are located in the incoming customs ports or in neighboring territories, and constitute the American model of what are commonly called Free Trade Zones.
The normative source is the Foreign – Trade Zones Act of 18 June 1934, as amended by the Designation of Enterprise Zones, L. 102–550, 1992 and by the Regulations of the Foreign-Trade Zones Board, 15 CFR Part 400, 2012.
Currently, of the 262 authorized Foreign-Trade Zones, 195 are operative, as evidenced by official data of the 80th Annual Report of the Foreign-Trade Zones Board – 2018, presented at the United States Congress in November 2019.
The presence of the FTZs guaranteed a job for over 440,000 people, employed in approximately 3,300 companies that resort to the FTZs for their business activities, for a value of commercial transactions of 793 billion dollars, with an increasing trend compared to the previous year. In particular, the activity of the FTZ is rising in terms of both domestic and foreign trade, with a positive differential of $ 124 billion since 2017.
Of these, approximately 63% concerned production activities, with a turnover of approximately 504 billion dollars, while the remaining 37% concerned warehouse and distribution operations.
It is worth noting that the FTZ are not designed exclusively for foreign goods. In fact, domestic goods have an important positive impact on the activity of the FTZs.
The most represented production sectors concern the automotive, oil, electronics, pharmaceutical and machinery and equipment ones.
he main federal agencies overseeing the development of the Foreign-Trade Zones program are the Foreign-Trade Zones Board of the United States Department of Commerce and the Customs and the United States Border Police (CBP).